Just Gameware is an indie studio-warehouse which is meant to be a place for  various games, developed by one or more people who happen to be part of the studio at the time, or outside freelancers, hired to do particular details on the game.

Any developed game that happen to be fully open (in both art and code) will be hosted in this warehouse for download, too.

Jetfighter Vol. 01 is package of four jet 3D models — MiG-21, MiG-29, F-4E and F-16 — faithful to their real world counterparts and prepared for many types of flight games that can be made in Unity. Available in Unity Asset Store.

Code of demo in the pack, showcase all four jets and the way those can be used in the games. 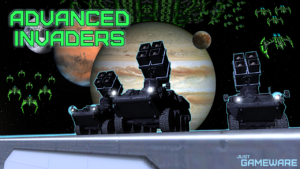