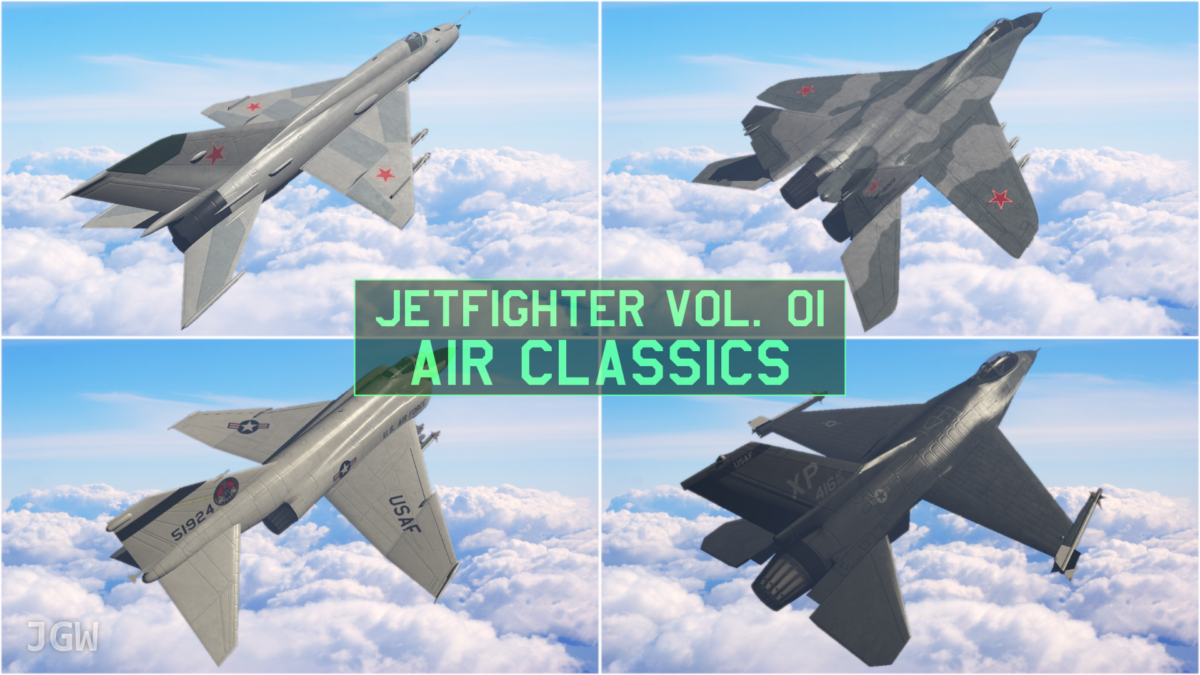 Jetfighter Vol. 01 is package of four jet 3D models — MiG-21, MiG-29, F-4E and F-16 — intended primarily for use in arcade or semi-realistic flight games that can be made in Unity. That said, the models are faithful to their real-world counterparts and have a lot of exposed details to be of use even in flight games that lean toward realism. Many jet pieces that are supposed to be movable can be animated. Depending on the jet in question, pack’s demo shows animation of stabilators, rudders, flaps, flaperons, ailerons, slats, airbrakes, canopies, struts and wheels, nozzles, pilot eject system, rich destruction sequence, and then the effects like afterburner, gunfire and launching of missiles. The structure of each jet model allows full control over its pieces and their fine tuning.

Each jet has a different set of pylons as individual parts meant to be attached to jet’s wings or bottom, as needed. For example: F-16 has four types of pylons, one is a wing pylon meant for air-to-air missiles, other is a wing pylon for air-to-ground missiles or bombs, and then there are a wing pylon and a middle bottom pylon meant for external fuel tanks. Also included in the pack are meshes and texture maps of two missiles — R-60 and AIM-9L — as a bonus.

There are three levels of detail (LOD) for each jet. These LODs are crafted in such way that new LODs can be easily constructed if needed, without use of 3D modelling tools. For example: if LOD 0 is considered too detailed and LOD 1 not detailed enough, it is possible to piece together a LOD that is in between LOD 0 and LOD 1 by combining different mesh groups of LOD 0, LOD 1 and LOD 2.

There are two specific images in the pack for each jet and each jet’s kit — mesh UV layout image and texture template image. Together, these two images simplify the process of making a custom texture, using GIMP or Photoshop.

Jets are scripted in the pack’s demo. The code in these scripts also serves as an example of how these models can be programmed in a game.

The pack includes a detailed manual that explains all the assets and gives broader perspective on the models and their usage.

Number of meshes: 2 for each jet (one for the jet and one for its kit)
Number of prefabs: 22 (sum of all jets and their pylons)
Rigging: No
Animation type: code in scripts
LOD information: 3 modular LOD levels for each jet
Types of materials and texture maps: all jet/kit materials use unity standard shader with albedo, metallic and normal map. Because of this, process of switching materials to URP or HDRP can be done automatically by Unity.
Special: all jets/kits are accompanied by two additional images — mesh UV layout image and texture template image. Together, these two images simplify the process of painting a custom texture. 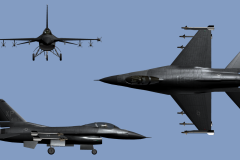 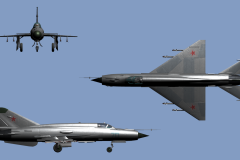 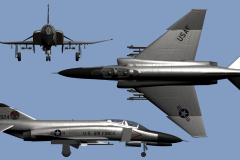